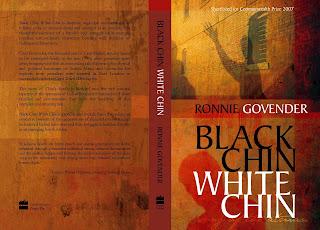 The cover of this forthcoming book is a real toughie... so for a change just concentrated on the tone of the book specially the colour texture which if used innovatively can capture the atmosphere of a narrative like nothing else... In final analysis, I think saugata also made the correct decision of concentrating on a single image balanced by the large typo at the bottom. The end result, I think, is quite nice...
Posted by pinaki at 9:07 AM 3 comments: 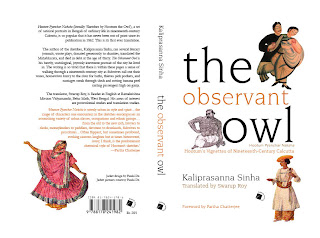 I simply love the subversive quality of the original book which remains a perennial favourite. It is an extremely tough (almost impossible) book to translate and I am personally amazed by the audacity of the person who even attempted to have a go. It is a fitting tribute to Hootum that Swarupda, who possesses an edgy humour behind his seemingly "proper" demeanour, has done the honours. I also have a secret desire to see Hootum on screen and expect an equally spunky person to create that classic. The cover just plays around with open white space which in a way is thematically antithetical to the plethora of characters that crowd the book. In a way, this book introduces the imprint Black Kite which in future may be a landmark for Permanent Black - one of the few publishers in India who can marry academia with popular appeal without compromising too much... Whatever, their logo remains one of the best I have even seen and it is a privilege to see my name by the side of such a killer logo.
Posted by pinaki at 8:01 AM No comments: 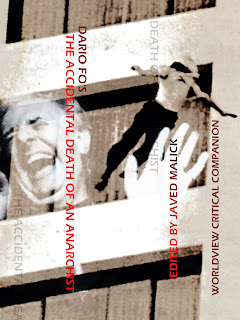 For a long time during the beginning of my designing career, I worked a lot on Worldview critical companions. It gave me a chance to redo a lot of classics... However, now I would have done them differently...
Posted by pinaki at 10:50 AM No comments: