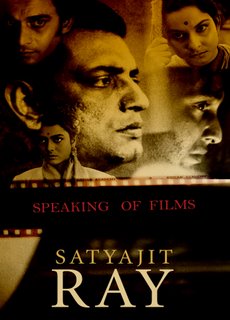 "Speaking of films" is the English translation of Satyajit Ray's "Bishoy Chalachitro" - a melange of articles regarding filmmaking. I read it in the original. Despite its slim appearance it still remains a definitive book for a beginner who wants to dabble on film-making. I just wanted to do a cover with intelligent dispersal of various eyes of the Ray's film protagonists looking at or away from each other.
Posted by pinaki at 10:56 PM No comments: 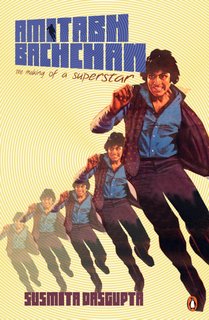 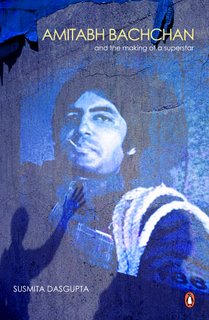 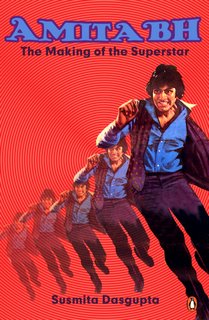 I personally don't like Amitabh a lot. I think he could have influenced Bollywood towards adulthood during the 70s but he didn't. He had an over bearing influence then. He was happy to reside in his own cocoon of "megastardom". As an actor he is above-average, certainly not of the calibre of a Naseer or a Kamal Hassan or a Soumitra. But he never ceases to surprise me. Right now, sometimes he really surprises me with his acting like in "Sarkar", a role tailormade for him. He CAN be very powerful if used well and with insight. However, he is a true icon of this diverse nation - there can be no doubt about that. With these bittersweet ideas i approached the cover. Initially i wanted to capture a visual story of an Amitabh film being screened in the open while an enthusiastic boy wanted to touch the screen ... to "feel" him. Then I settled for a retro look which was intentionally made pulp-y to capture the lost era with its fetishes. The cover finally chosen is the third one in the sequence.
Posted by pinaki at 10:18 PM 1 comment: