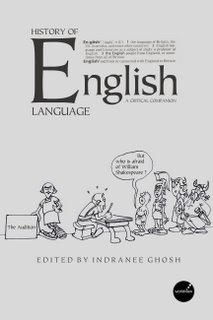 I am fascinated by Asterix so this cover is in a way my humble tribute to the drawing skills of Uderzo. There is an undertone of parody - a mock situation which hints at the eclectic development of English language down the ages.
Posted by pinaki at 6:43 AM No comments:

Look Before You Leap 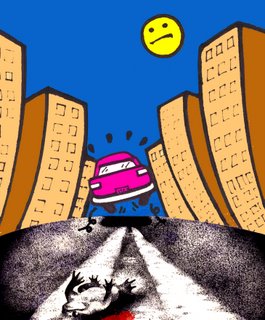 I created this humorous poster rather casually. I think the execution can be a lot better specially the drawing in the background but I am really proud of the idea. Actually it was sent as an entry to a competition organised by Calcutta Police to promote awareness among the jaywalkers who do not abide by the Zebra crossing. The entry earned me a pat at my back from the then chief himself but failed to win a prize which was not surprising at all. There was no text in the poster whose image was enough to get the message through.
Posted by pinaki at 10:37 PM 1 comment: